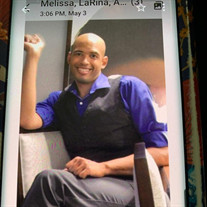 Thomas Eugene Montgomery Jr, known as Nate at all of his family and friends passed away unexpectedly at the age of 33. Nate was born in St. Louis Park, MN on August 17, 1988 to Thomas and Dawn Montgomery, he passed away on April 25, 2022 in Seattle Washington. Nate graduated from Spring Lake Park High School in Spring Lake Park, MN. Soon after that he joined the military, serving in both the army and then the marines for a short time and was honorably discharged. He volunteered at the Lyons club of Spring Lake Park and always enjoyed helping people in need whenever he could. He continued his education by attending a computer coding program in Florida which he continued when he moved back to Seattle, Washington. He was employed with moving companies here in MN and then in Seattle as a security officer. Nate would happily repair your computer or car and worked on his own all the time. Nate was a music lover, he had an amazing singing voice, he enjoyed dancing and singing with his nieces and nephews the babies he helped to raise. He was a techno wizard, he was a drag performer but most importantly he was a good man who was there when you needed him. Nate was a free-spirited adventurous person who enjoyed traveling and meeting new people as he was searching out a new city to call his own, he resided for a little while in California, Florida, Nebraska, Texas, Massachusetts, Wisconsin and finally Seattle, Washington as his new home. Nate returned often to visit his family in Minnesota and was a loving son, brother, uncle and cousin who will be greatly missed by his family and friends. Nate is survived by his parents Thomas E. Montgomery Sr. and Dawn R. Montgomery, sisters Angela Montgomery, LaRina Montgomery, Melissa Montgomery and brother Joseph Montgomery. Nieces Natalie, Kalia, Jaiden, Kiara, Sophia, Olivia, Taleeyn, Scarlyn. Nephews Tre, Jaelies, Andreus, Tristan, Xzavius, Micah, and Au'shaye. Aunt, Uncles, cousins and a host of family members and friends. Special family friends that he considered sister Shadae, Tia and Maddie. Preceded in death his maternal grandparents Louis and Willie Ruth Lynch (Haynes) and paternal grandparents William Henry and Valrian Montgomery (Burrell).

Thomas Eugene Montgomery Jr, known as Nate at all of his family and friends passed away unexpectedly at the age of 33. Nate was born in St. Louis Park, MN on August 17, 1988 to Thomas and Dawn Montgomery, he passed away on April 25, 2022 in... View Obituary & Service Information

The family of Thomas Eugene Montgomery Jr created this Life Tributes page to make it easy to share your memories.

Thomas Eugene Montgomery Jr, known as Nate at all of his family...

Send flowers to the Montgomery family.